In high school I was a classic high achiever. I was a math and science kid, actively involved, and could tackle any problem except the ever-puzzling: What do you want to be when you grow up?

Family expectations and external pressure led me to apply for engineering programs at university. Western won mostly because its first year engineering program is general; I had no idea what I wanted, so this seemed like the perfect way to find out.

To an outsider, engineering is this elusive, incomprehensibly challenging marathon, and I felt the same way from inside. As someone who had always loved learning, it was identity-shaking to dislike all my classes, with one exception. Western’s infamous first-year business course was my saving grace, and a field I had never considered entering suddenly became one I was fixated on. 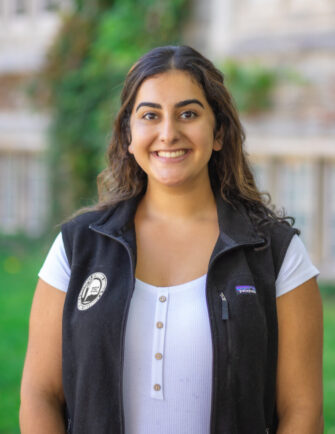 I took Business 2257 the summer after first year, and though I know many who curse that course, I thrived. After a year of feeling lost, I felt like the Engineering-Ivey dual degree was created for my exact situation, and my steadfast goal became entering the HBA program.

And then, things got hard. I entered second year with my chosen discipline of Software Engineering, a stream which I frankly had very little passion for and was very frustrated by. School had a negative impact on my mental and overall health, and I could not keep up with my classmates. To put it simply, I just wanted to be out.

Engineering gave me some of my best friends, invaluable soft skills, and a solid sense of what I did not want. I don’t regret a single second of those two years, and I am so excited for my friends who are becoming remarkable engineers. It just became very clear to me that it was not the life I wanted to lead.

I submitted my Ivey application on January 22, 2019. The courses I had so intensely disliked turned out to be my downfall; my cumulative average was 1.3% below the cutoff. Which is a number impossible to attribute to any one course, or any one assignment. But I did not, and refuse to now, beat myself up for that 1.3%.

The buzz of acceptances started to spread in May, so by the time the email appeared in my inbox on July 11, I already knew what it would say. We regret to inform you that… it was an extremely competitive pool… we wish you future success. It was a blur – but the one thing I do remember thinking is: what now?

I continued on, blindly accepting my fate; I would finish my engineering degree, get a job, and somewhere along the line I’d learn to love everything I hated about software. Spoiler alert: that didn’t happen. I did, however, get the amazing opportunity to spend six weeks as an intern for a software development company in Madrid, Spain. I fell completely in love with Spanish culture, I was fascinated by the operation of the business, but I despised my actual work. My time in Spain was influential in ways I could not imagine in the moment, but I returned to campus with every intention of powering through engineering.

I walked into third year with my head held high, though it was incredibly short-lived. Fifteen minutes into my first lecture, I decided I was done, and began slotting the pieces of a bold plan into place. The next few days were a flurry of conversations, academic counselling appointments, and contemplating how leaving engineering would impact the rest of my life. Just your average back-to-school weekend, right?

I dropped out of engineering on September 11, 2019, making the switch into the Management & Organizational Studies (BMOS) program to pursue a double major in Consumer Behaviour and Spanish. It was a mad dash to get into new courses, and as overwhelming as it was to be among a sea of students, alone and at square one, what was truly overwhelming was the sense that I was where I was supposed to be. This time around, I was ready; in it by myself, but also in it for myself.

Working in Spain made it incredibly clear that I had two passions, and when pushed, I found it was possible to study both at the school I had already found a home at. Not getting into Ivey was the best thing that ever happened to me. I was forced to figure out what I truly wanted. I couldn’t let other people’s expectations of me dictate my life; I had to start making my own decisions. And so I leaped.

Getting rejected from Ivey was undoubtedly pivotal to who I am today. My friendships are stronger, my sense of self-worth is higher, and I got to divide my time learning two things I love. Three years later, I am more confident in my decision than I ever have been, and eagerly looking forward to what happens next. You have to do what’s right for you, no matter how scary it is.

After switching programs I had spare time to fill, which I spent volunteering for the USC’s Early Outreach Conference. I had the privilege of becoming the Early Outreach Coordinator, and it meant the world to me to work with a team who welcomed me as wholeheartedly as they believed in our mission. Wanting to continue to be involved with the USC, I applied on a whim for AVP Communications. That role taught me so much about the direction I want to take my career in, and it’s how I ended up here on this year’s Executive Team. Everything happens for a reason, and this is one of mine.

My overachieving high school self would never have imagined success in a non-STEM field. My miserable engineering student self would never have thought it possible to be genuinely excited about learning. My current, happy, graduated self is so proud of who she’s becoming, and that she was brave enough to bet on her own happiness.

What Happens Next: Jessica’s Story