What Happens Next: Ethan G’s Story

I was one of those annoying kids who thought he had his entire life planned out. After my first OWeek, I had decided my university trajectory, and I thought nothing could stand in my way:

I loved my time as a first year in Med Syd, and a large part of that was because of my incredible Sophs. I wanted to get more involved with the larger campus community as well as be a role model or leader for the next cohort of students, much like my Sophs were to me.

This was the sensible next step in my evolution as a student leader, and I was more than confident that I could achieve this in just my third year.  was mistaken, but we will get to that. 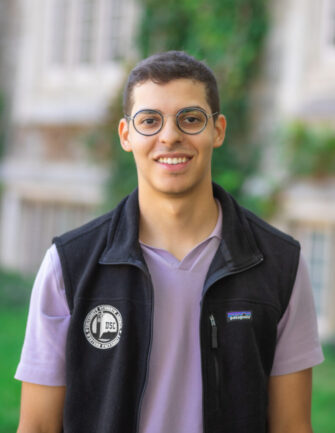 The crème de la crème in my eyes. In my first year on the Soph team, my Head Soph was Matt Reesor (foreshadowing). He was an incredibly kind and passionate leader, and our whole team of 92 seemed to turn to him for guidance, a shoulder to cry on, or just someone to have a hang with. This is what I wanted, and who I wanted to be.

In my first few years here, this seemed like a fantasy. Although it was something that I wanted quite badly, I never truly knew if I would achieve it. The idea originally popped into my head when Mitch Pratt spoke at my first OWeek. He had a way to command a room which I hadn’t experienced prior, he detailed all of the services the USC had to offer, and the different advocacy goals he and his team had for the year. One core belief I’ve held on to all these years: “Students have the power to change the world.”

Anyway, with those 4 SIMPLE steps laid out, I was ready to start my journey to USC President. In February 2019, I found out that my Step 1 had been accomplished, as I received an offer to join the Social Science soph team. This year was one of, if not the most, transformative years of my life, and allowed me to learn what kind of leader I want to be, as well as grow to be more comfortable with who I am. I spent the entire year making sure to go to all of the events, constantly checking in with the leaders on the team to see if they needed anything from me, and really just positioning myself in a positive light, so that when it came time to PA hiring, I was a shoe-in.

Fast forward a few months, I didn’t even get an interview. Looking back, I didn’t deserve to get one, but my first taste of rejection still hit hard. I felt as though I had wasted an entire year trying to reach a goal that I failed to reach. It makes you feel like a failure, like you aren’t a good enough leader or person, and that you ultimately aren’t the person you thought you were. I know now that this was wrong, but it took me another year of trying to convince myself and others that I was good enough to truly be who I wanted to be.

The next year I took a very similar approach (insanity is doing the same thing over and over again and expecting a different outcome). I wanted to be Head Soph even more than I wanted to be a PA, so I spent the year being a kiss-ass, positioning myself in the best way, and convincing myself that that was enough to be a shoe-in for the role. Come hiring season, I once again failed to achieve my goal. Boy oh boy did this one hurt. A role that I not only needed in order to prove my self-worth, but it was also the only way that I thought I could make myself feel like I deserved to run for USC President.

I took a few weeks after my rejection to really sit down and evaluate who I was, where I wanted to be, and what happens next. It was one of the most important moments of my young life, because it allowed me to understand what my values were. I was far too focused in the rat race that was student leadership, when my real passion lied in helping those around me. Not becoming Head Soph was the best outcome I could’ve asked for. Our Head Soph last year was utterly incredible at her job, and excelled in areas I knew I couldn’t.

I was selected to be  a PA, which allowed me to be closer to the other Sophs on my team as well as the first years I was able to interact with, ultimately bringing me back to my understanding of: “Students have the power to change the world.” I left that experience with maturity, a sense of self-confidence, and an understanding that life won’t always follow the path you set for it, but that doesnt mean you can’t achieve your goals. As I write this sitting in the UCC 340 Offices, having achieved my final step of becoming USC President, I can truly say that failure is only a setback. You only truly fail if you do not learn and grow from your mistakes.